Well, today was a great day! First of all we both felt fabulous again, ok to travel, drink water without a nervous wait for side effects, look at food without being repulsed, always a good thing. We were in for a big day of sightseeing as well, so this couldn’t be better timed! Our driver, that sounds so great, picked us up at 7.30am. He had even rung the guesthouse to check we had ordered breakfast early as he seemed a little shocked at our early start! A lemon tea, few slices of toast and we were off to walk up a massive rock and explore caves. We drove to Sigiria, on the way seeing a wild elephant having an early morning bath, he seemed to be loving spraying water all over himself…….obviously we weren’t brave enough for a close up photo! Sigiria is the most visited tourist destination in Sri Lanka, it is a massive rock which should take around 2 hrs to go up and down, there are some hairy moments on steep, see through steps which neither of us were looking forward to, however just the fact we felt we could think about doing this walk was a positive start. There were hundreds of other people there, many local tourists, a lot of Japanese and the usual Europeans, along with a group of intriguing Russian tourists, the ladies/WAG’s of which were scantily dressed in quite revealing hot pants. It meant Guy didn’t want to follow them up the steps, especially considering their boyfriends looked extremely scary! We eventually made it to the top, with all our footwear, unlike the guy behind me whose mate stood on the back of his flipflop catapulting it off the steps and 100’s metres down into the woodland below! Oops.
The view from the top was fabulous, you can see for miles, and luckily it was the first clear day for our whole trip, the photos should give you an idea of the views (and the climb!). We tripped down the steps like mountain goats, and met our driver at the bottom, it had taken us just 1hr 15 mins, including time for Guy’s usual photo session at the top! Our driver was impressed.

The rock from below……looks a long way up…… 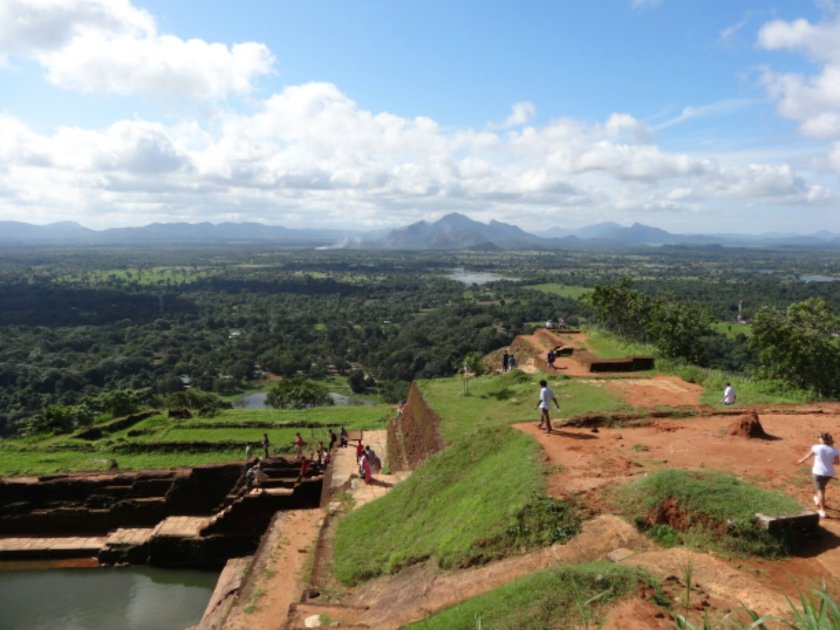 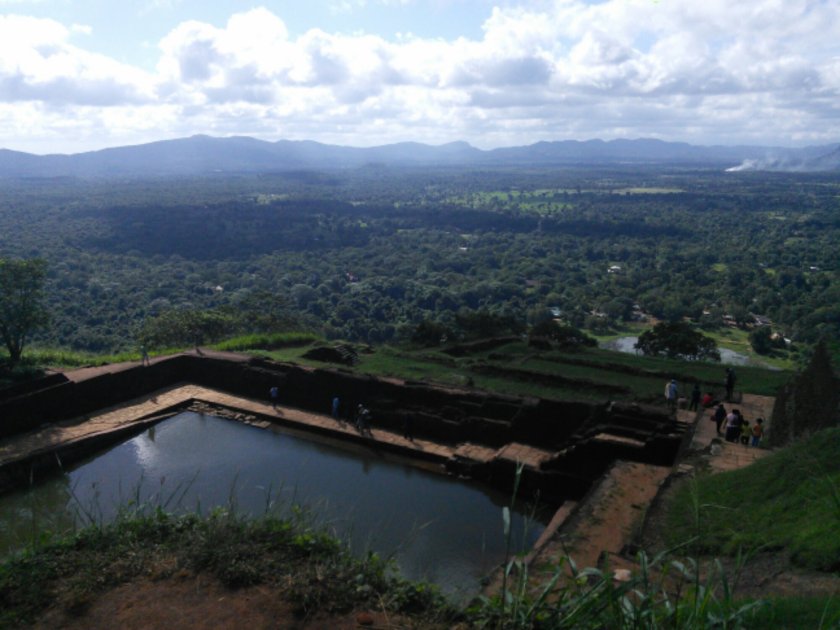 Views from the top.

We thought our hard work was done and we were now off to see some caves which should involve minimal effort, but that was not to be. Dambulla caves were also up a load of steps, at least these were made for larger European feet though. The caves were pretty impressive, albeit hot and humid. Tonnes of Buddha statues and also paintings on the walls, but the best thing was the massive kitsch Japanese Buddha in gold with colourful decorations and with plastic monks queueing up alongside the temple. It was just stunning! 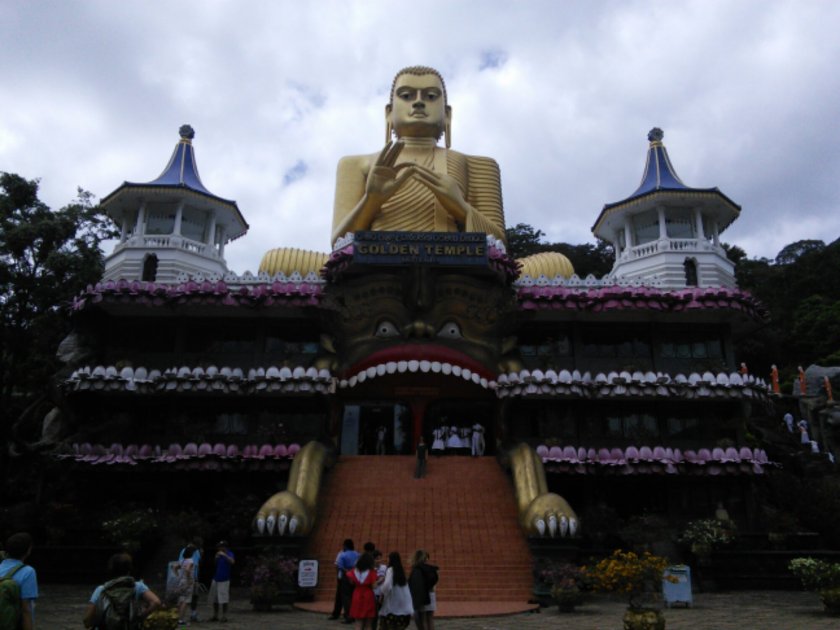