New years eve and today we travelled to Negombo, Sri Lanka’s version of Benidorm and perfect for a celebratory drink. Liquor licences here are prohibitively expensive so many bars and restaurants don’t have beer on the menu but are happy to sell it to you anyway. In Negombo though, huge flashing neon signs advertised The Rodeo Pub, The White Rose and Sherryland.

The day started normally though with Al having a traditional Sri Lankan breakfast of Chicken sausage, cheese and potato frittata with french fries. Then tuktuk to train station and another 3 hours standing by the open door on the wrong side of a beautiful coastline journey. Time was eased by chatting to an interesting couple who lived in Shanghai and assured us that China won’t get their act together to invade. We arrived in Colombo, the capital and then caught another train for 1 1/2 hrs to Negombo. We got chatting to a young travel agent who then arranged for his tuktuk driving mate to take us to our guesthouse free of charge. A very kind gesture and different from the usual tuktuk transactions. Eager to check out the evenings options, we dumped the bags and headed straight out for a recce of the nightlife. We noticed we were finally spoilt for options and watched people making their preparations for the night to come. Restauranteurs laying tables and bar owners hosing down pavements. We decided that the live jazz, fun party and live DJ at the best restaurant in town was possibly not our scene and planned to just wing it. On our way back we saw the imaginatively named “Pub” and broke the journey for a bottle of Lion Stout which at 8.8% is a fearsome brew and one Al hadn’t tried yet. Then on to the White Rose where we met a couple from Sedgley who owned properties in Florida, Malaysia, Southern Spain and Dubai. Back for a shower, then out to celebrate New Year.

On the way to the bars a local shouted hello at us which is usually followed by a sales pitch, but this time he asked us

Are you happy in your life?

We arrived at the Rodeo pub and sat next to some Norwegians who were eating prawns the size of dwarf lobsters. We noticed the bar had a cage on the outside and we weren’t sure if we were being kept in or whether the locals would get rowdy. This was the first place we have seen locals out on the lash and they certainly enjoy their europop. On to Sherryland which unfortunately had no sherry but did have very good cocktails where we saw an arsenal of fireworks to see in 2014.

A bit worse for wear we headed home and passed many locals in the same state shouting happy new year at every opportunity. Then we came across a Christian mass a few doors up from our guesthouse. Hundreds of solemn worshippers stood in silence in the church grounds and on the street outside. The contrast to where we had come from was quite shocking and we shuffled along failing to be inconspicuous.

At the guesthouse we were equally surprised to find the gates shut. I tried unsuccessfully to reach through and open them so we did what any self respecting tourist would do and climbed over the 5 foot wall into the garden. Al got a leg up first and just as I was climbing down she simply opened the latch and the gates swung open. 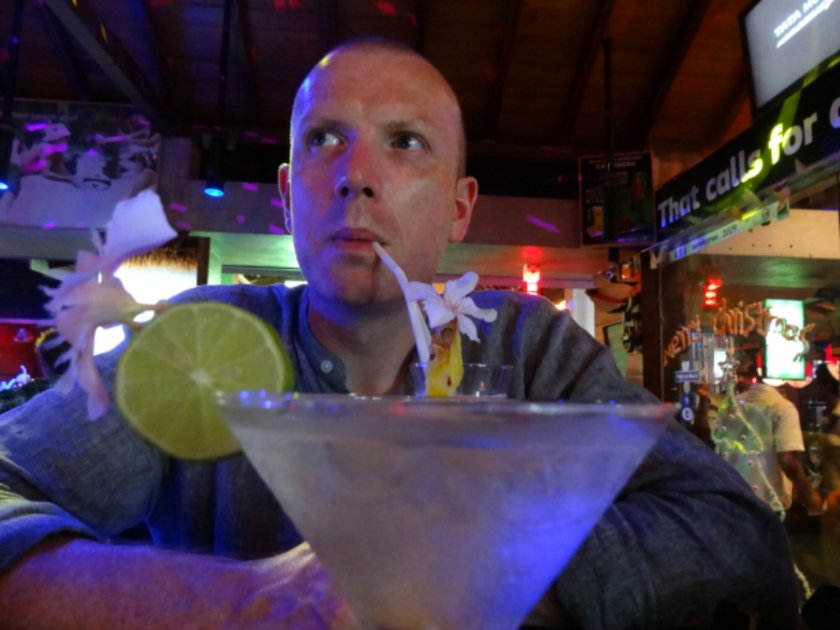