On the third attempt, the bus finally dropped us off at Rangoon bus station only a 40 minute taxi ride from downtown Rangoon and our bed for the day/night. We checked in at 8am and were told the room would be ready at 1pm and there was an issue with the online booking price. After the recent illness and overnight bus, morale in team Roberts was low with a high grumpiness factor. We dropped the bags and wandered the streets getting some local donuts for brekkie and munched on them while walking through a market taking in the sights of open sewers, wriggling fish on tarpaulins, raw meat with flies on and scabby dogs chewing their fleas. 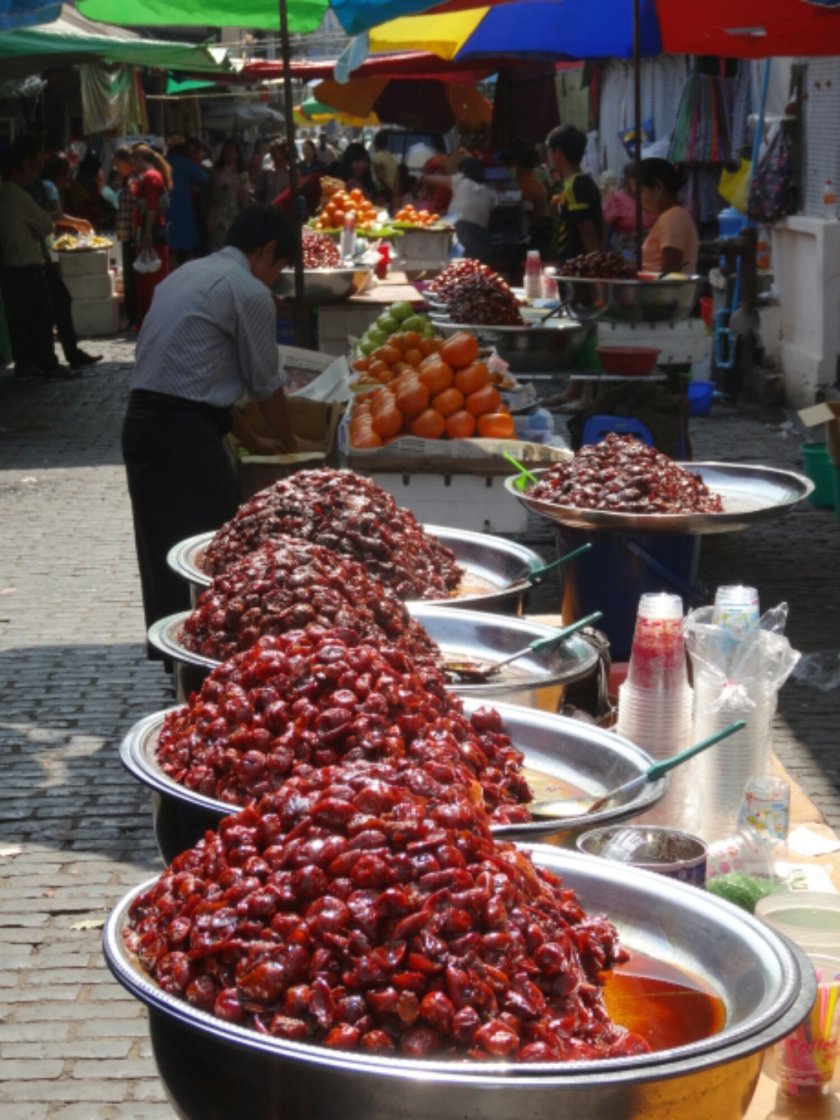 Returning in better spirits, we waited in the common room taking advantage of the dial up speed WiFi when the receptionist told us there was a room we could have now and we had been upgraded to having a window as well. A morning siesta followed.

Kept awake by the light from the window, we got up and decided to explore. The lonely planet guide recommended a biriyani restaurant (British Colonial legacy) so we headed there for lunch and for a first meal in a while. The vegetable biriyani was delicious but not the mutton one I had ordered. 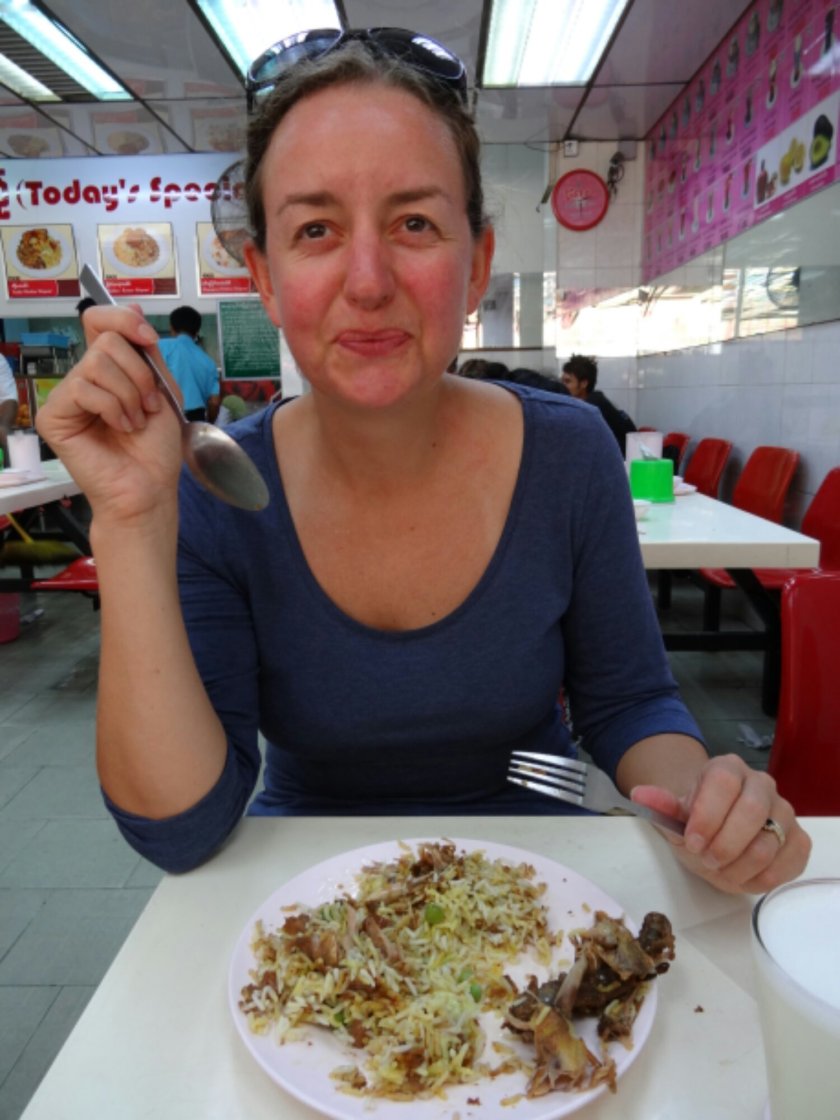 Stomach twitching, we continued to wander in the searing midday sun, lips dry and nose assaulted by drains, fried stuff, fish sauce and drains. I have to admit that the senses were a bit overloaded and I realised that I probably was still suffering from both ends syndrome and wasn’t exactly enamoured with Rangoon. Only later did we realise that we had been wandering around Chinatown which is never the most sanitised area. We headed back for an afternoon siesta. 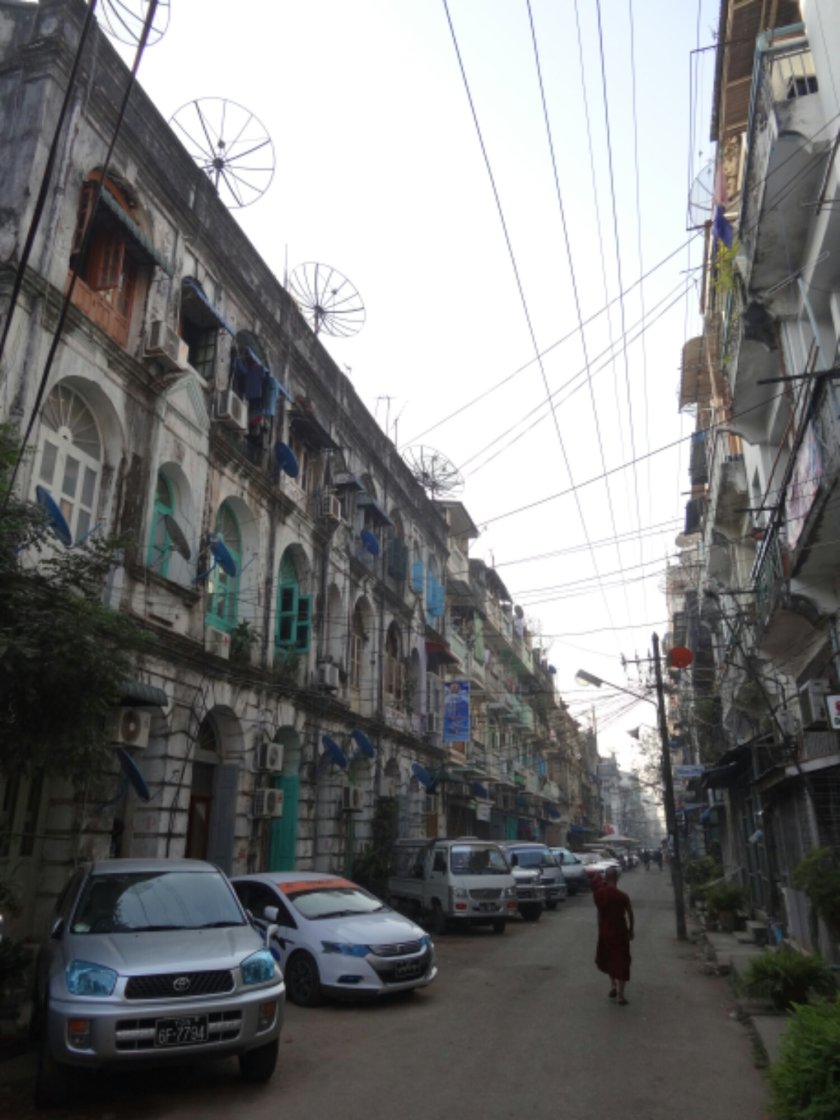 Waking we noticed a TV and put it on to watch School of Rock. Jack Black at his finest IMHO (one for Rob). We set out again and visited a city transformed. Darkness had settled and we strolled around neon lit bustling streets full of vendors selling food, sunglasses, phones, textiles, condoms and fruit. It was enthralling and exciting and completely different from our first impression. Noddle soup for tea and back to bed for the third and final time.