The lift to our floor wasn’t working so we thought we would explore the stairways of Chungking mansions, which were surprisingly clean and didn’t smell like a usual stairway. We had been told there was a barbers on floor 2 who might be able to sort out Guy’s hair issue, it was getting ‘long’ and in need of a serious trim. So we thought we would get out of the stairs at floor 2, as I approached door I noticed the handle seemed to be covered in something resembling dried blood, and muttered something like ‘I am not touching that!’ Guy clearly didn’t hear me and went straight on, grabbed the door handle realised what was on the door, and also that the door was locked, and spent the rest of the morning cleaning his hands with anti bacterial gel.
So, we managed to leave the building via a door with no dried blood that wasn’t locked and didn’t worry about sorting Guy’s hair out, and made our way to a shopping centre to have breakfast at a restaurant chain which has a Michelin star, the norm here is to eat in shopping centre food courts, our favourite dumpling restaurant was in a mall as well. So we queued up at 9.30am, and had some delicious BBQ pork buns and steamed pork and rice with preserved vegetables, and some not so delicious steamed spare ribs in black bean sauce, flabby steamed rice rolls and some adventurous steamed buns in a char sui style, it wasn’t a great success and left me feeling quite queasy for the rest of the morning, mainly due to the textures in the meal. No Robert’s stars from us for Tim Ho Win! 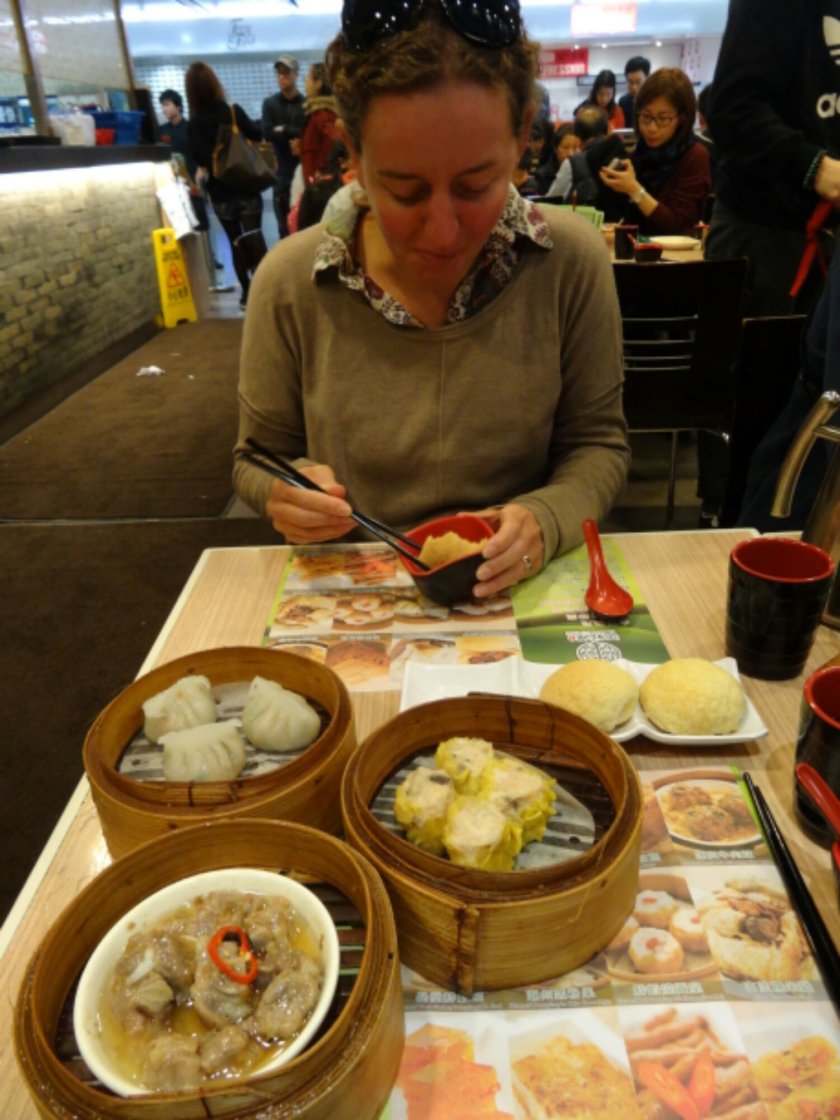 We had a day of sightseeing ahead of us, first off we got the star ferry across to Hong Kong and Guy took his obligatory 20 photos of the skyline, again, and we went to see the Norman Foster HSBC building, which is fueng shui tastic, and stunning. 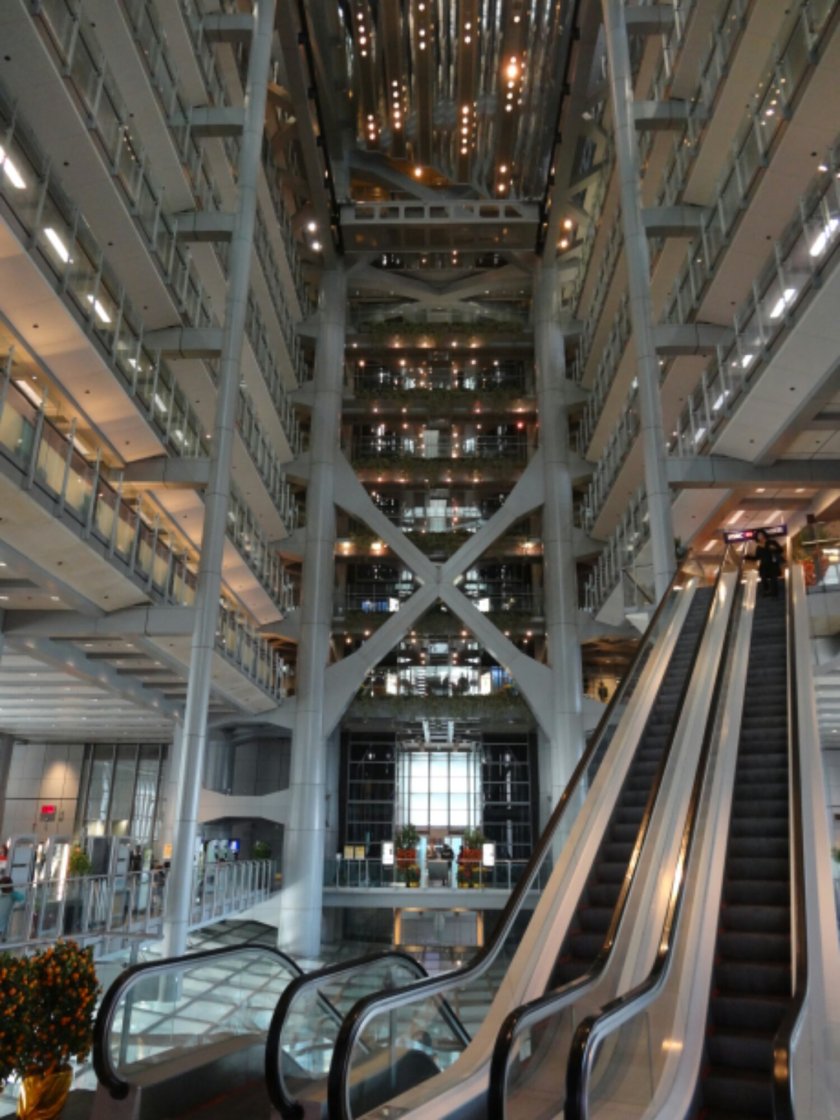 Then we queued  a long time to get the Peak Tram up to the top of Mount Victoria, I reckon we could have walked it in the time that we queued, but that would take the fun out of the nearly vertical cable car journey. The views were stunning, so another photo session followed, as well as and iced coffee…… There was of course a massive shopping centre at the top of the hill, which seemed to occupy everyone as we didn’t queue at all to get the cable car down.

We then wandered around the Chinese wholesale district and peered into all the shops that were selling the most bizarre dried food products, and more besides. It was fascinating to see, and busy because of the upcoming Chinese New Year, it is the year of the horse, as if you didn’t know!

Then it was off to the incense filled Man Mo temple, which was atmospheric in a choking incense kind of way.

After all this excitement, we decided to take the weight off our feet and rest at an Italian bar, with a glass of (expensive) red and a (cheaper) egg tart. Then it was happy hour time, so we thought it would be rude to ignore it and dived straight in for more (slightly less expensive) red wine.

Stomachs rumbling, we decided that we needed pork dumplings again, and so did something very rare for us, revisited the first nights restaurant, the wait was only about 10 mins this time and bareable as we knew we would be throwing pork dumplings down our mouths in just a few moments……and they were just as good as we remembered.

The walk home was interrupted by numerous Indian hawkers wanting to sell Guy fake watches, handbags for madam, suits made to measure, and less occasionally hash!