Being meticulous planners for this trip…ahem…..we had decided on going to Penang for Chinese new year on purpose, so we could see all the celebrations and experience it in a fairly Chinese place. However, we soon realised it was a little bit like Christmas day back home (albeit it without the champagne conga ala Si and Gez) whereby everyone is at home with their family, no Chinese businesses are open, meaning all the Chinese – Malay food we had been looking forward to would have to be on hold for a few days.

On the plus side there is a Little India for us to explore, so curry inbound!

Due to having curtains with linings we actually slept in, it also helped that there was a time difference here that we belatedly found out about!

Breakfast was Roti Canai, they had already sold out of Murtabak, it was about 11am so possibly not surprising!

After a quick look around the shopping malls which were mostly closed we had some lunch at a hawker stall, Guy had Laksa – Penang style with lots of shrimp paste, beef stock, mint and liver balls. 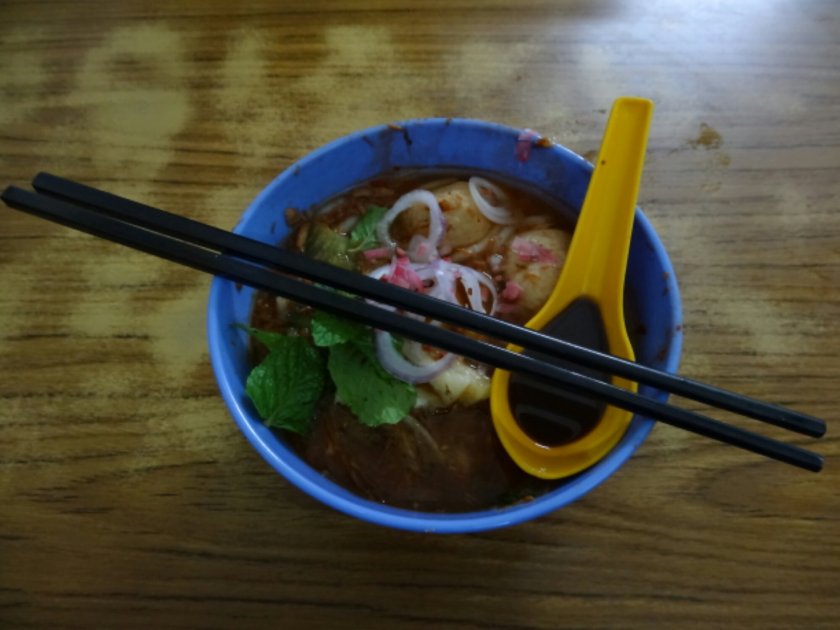 I had Char Koay Teow, basically noodles, prawns and Chinese liver sausage, the stall was heaving and it took ages to get our food,  but a family from Singapore had a quick chat with us to pass the time of day. 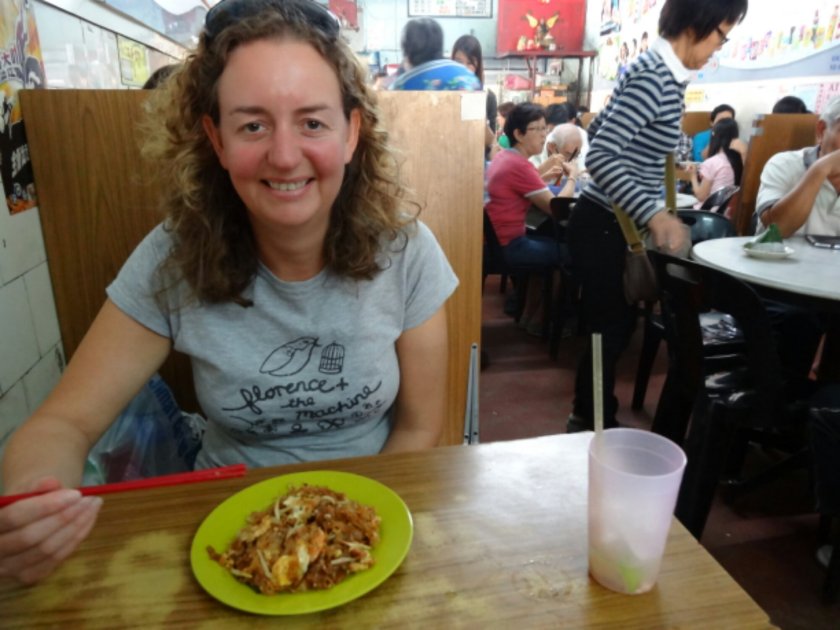 After this, I went to explore the pool and sauna in the hotel, steam room was mouldy so gave that a miss, was enjoying a sauna until 3 burly northern europeaners turned up, I left soon after!

It was now snack time, so we had a murtabak each from the stall down the road, and chatted to a 76year old who had been here 50 years ago, he now lives in Almeria!

Next door to the snack place was an English pub we had been in 15 years ago, and after being away for two months, laminated menus, vinegar and pints of ale had made us well up a bit. So for a bit of nostalgia we went in again, this time we had tears of pain when we realised we had just paid £3.50 a pint! 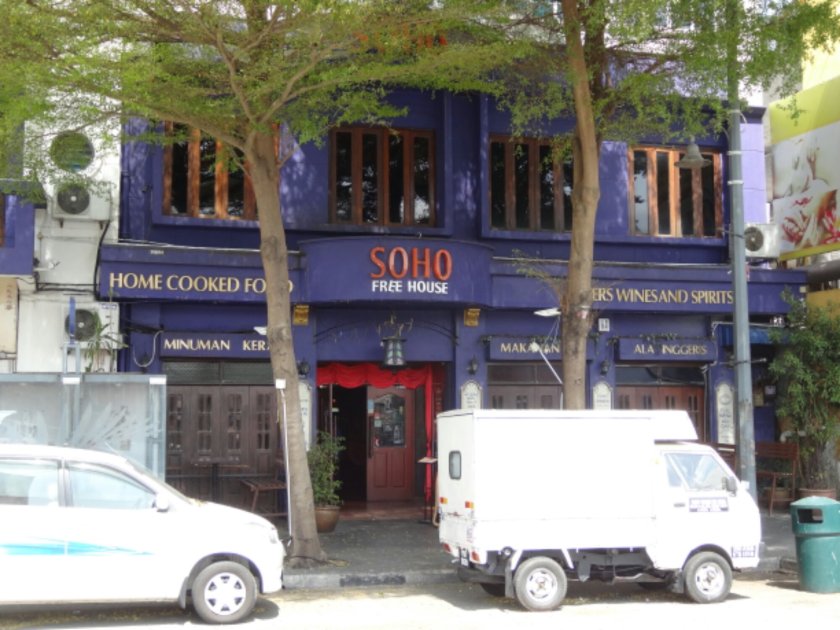 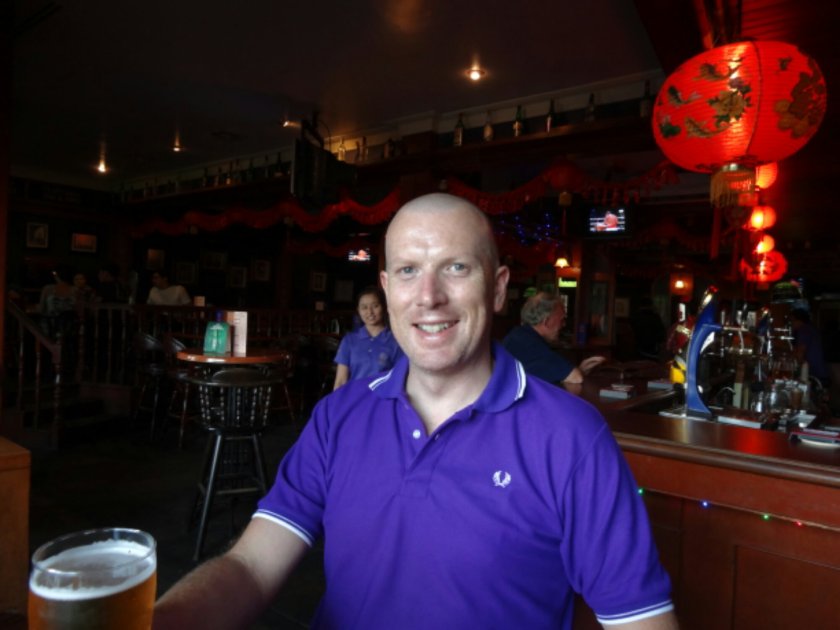 After a wander around and a few more beers to cool down, and a notice in the gentlemans loo which made me wet myself………( see middle image below)

…..we ended up in a veggie indian restaurant for lush spinach and cheese curry, jeera rice.

Then it was back home to watch Iron Man 3. So quite a typical Saturday night, beers, curry and movie!