We had set the alarm to get up in time for 10am museum opening, how times change,  we used to be up at 6 am every morning now struggle with 9 am. As it was Saturday and we had a long morning ahead of us we treated ourselves to breakfast, Russian style, meaning that a chicken and cheese burger toast was a panini and my cheesecake and berries was yoghurt and berries which included banana, thankfully as bananas are no longer on the avoid list for me this didn’t result in a meltdown. 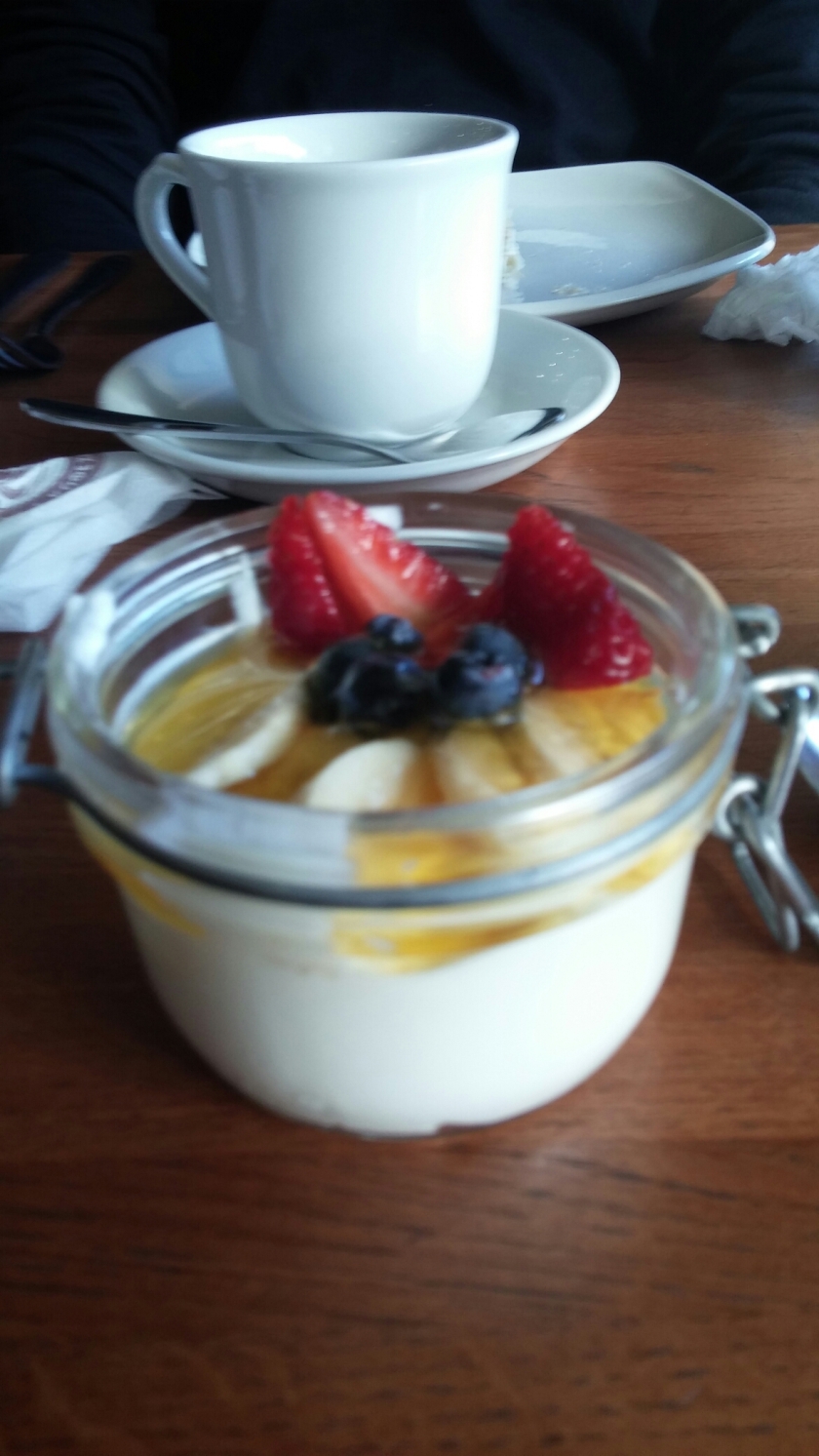 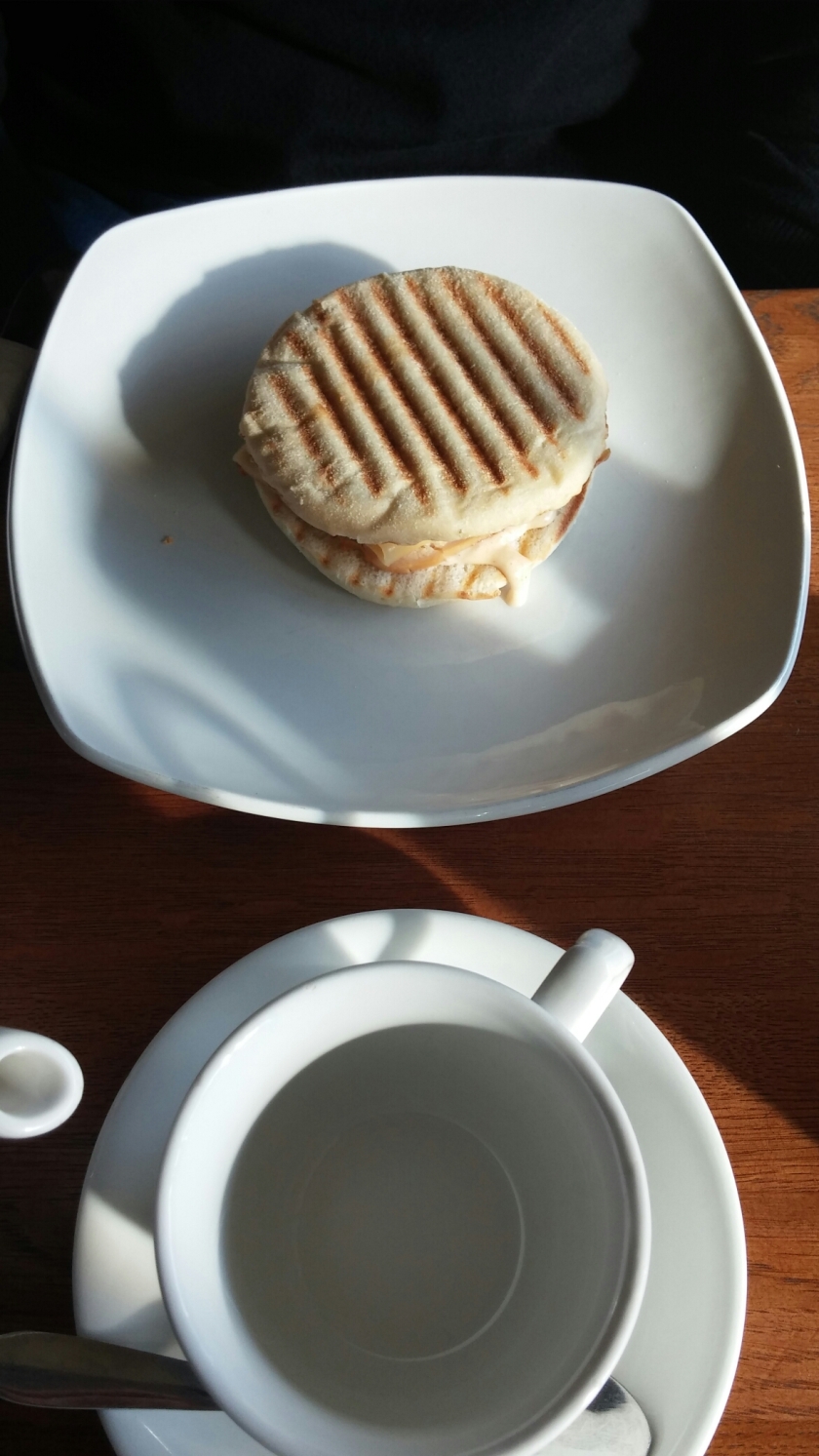 Another trip on the metro and we got to the museum at opening time only to find there was already quite a queue. We joined the back and saw the same queue action as yesterday, in people popping out the queue and places being saved. We then saw the large notice in English that explained the queueing procedure in the for entry to the museum on first come first serve basis they let 20 people in per half hour!  The queue was enormous yesterday so people must have been waiting for at least 2 or 3 hours for this modern art, we were baffled as to why you wouldn’t just order tickets online (albeit slightly annoyed that we hadn’t seen the sign yesterday and so could have also booked online and been one of the smug people walking past with tickets and walking straight in).  We were in the third lot of 20 so only had to wait for 1 hr 15 mins before being let in (which was enough for our patience). Once inside and paid up we followed the crowd to the exhibition which was some old paintings of ships and nautical stuff which was quite frankly crap, and not modern in the slightest,  we did start to worry that we had spent all that time waiting for some crap paintings however then realised that the modern stuff was on 4th floor and and there was absolutely no one in these areas, no one. Brilliant! We spent the next 2.5 hours learning about modern soviet and Russian art which was great. 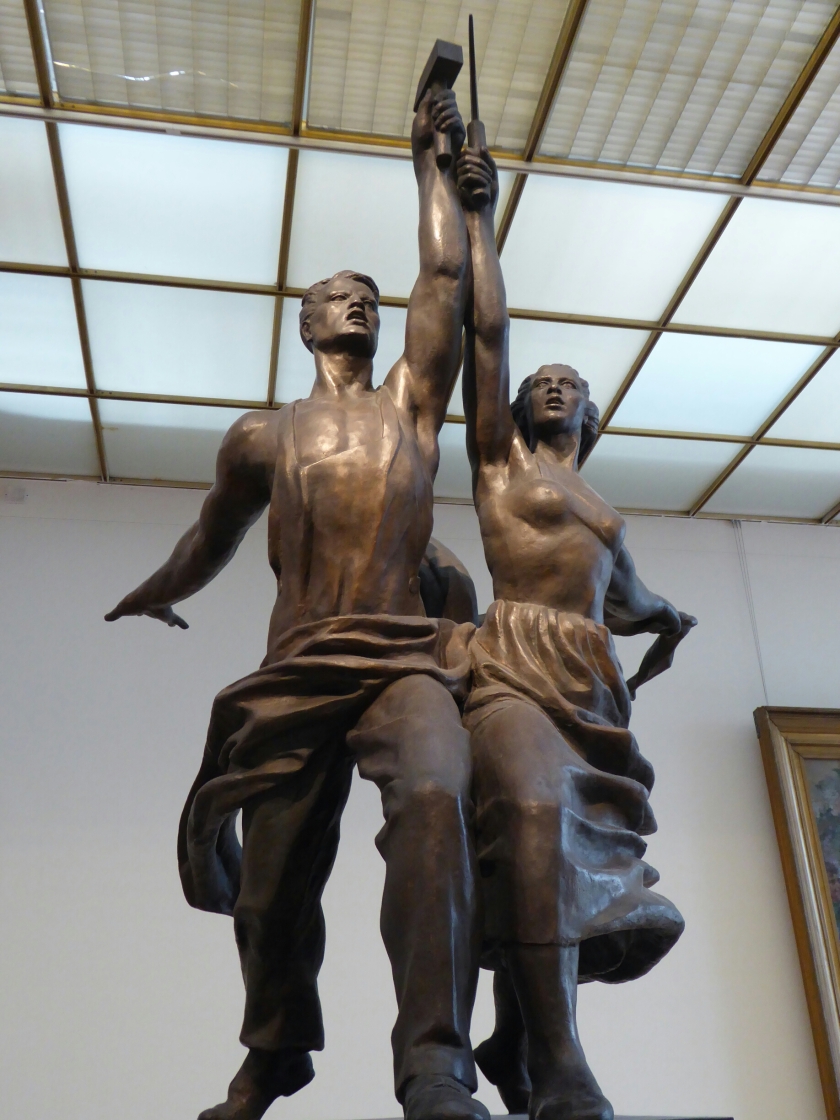 Lunchtime was nearly over so we sprinted back to the metro and went back to the restaurant we went went to on the first day which we had been dreaming of their piles of mashed potatoes for 3 days now. We entered the canteen area and went for a wander round to see what food was on offer and there hardly anything left out, and mashed potatoes were nowhere to be seen, as it was 3 pm and we were starving we made the best of the situation,  ordered a random selection of food,  I even got a glass of the roughest vino known to man and we chowed down our food, it was pretty good.  We love the creamy desserts they do here with the sweet fruit sauces. 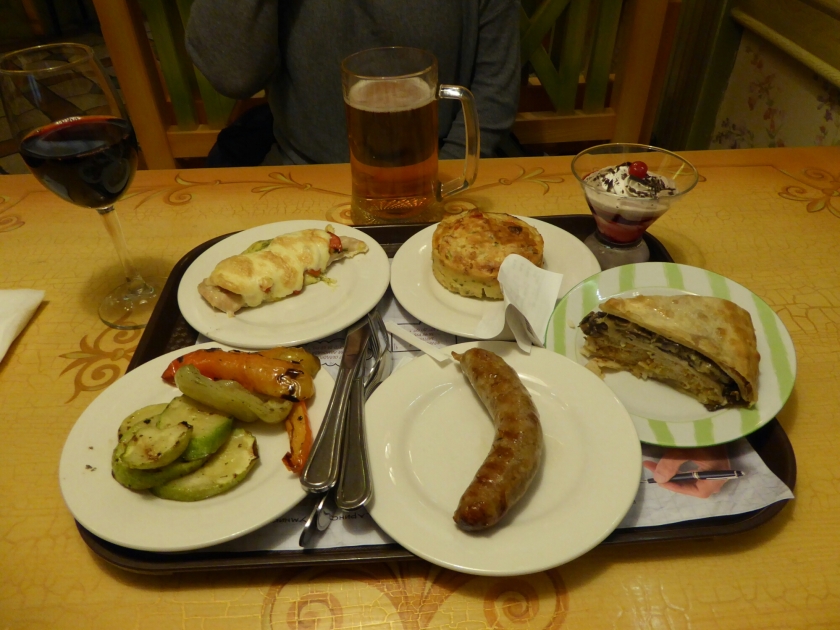 We then had one final museum to see, the Gulag Museum,  but could we find it? It had moved, and was now a Gucci  and Burberry shop. Due to Guy’s persistence we did eventually find the place and it was well worth it. We spent 2 hours in there learning about Stalin’s gulags, how forced labour built everything from canals, electricity stations, brewery’s and much more and also saw moving clips of people telling their story of how they came to be in a gulag, it was very well set out and most of it had been translated into English which helped us no end. 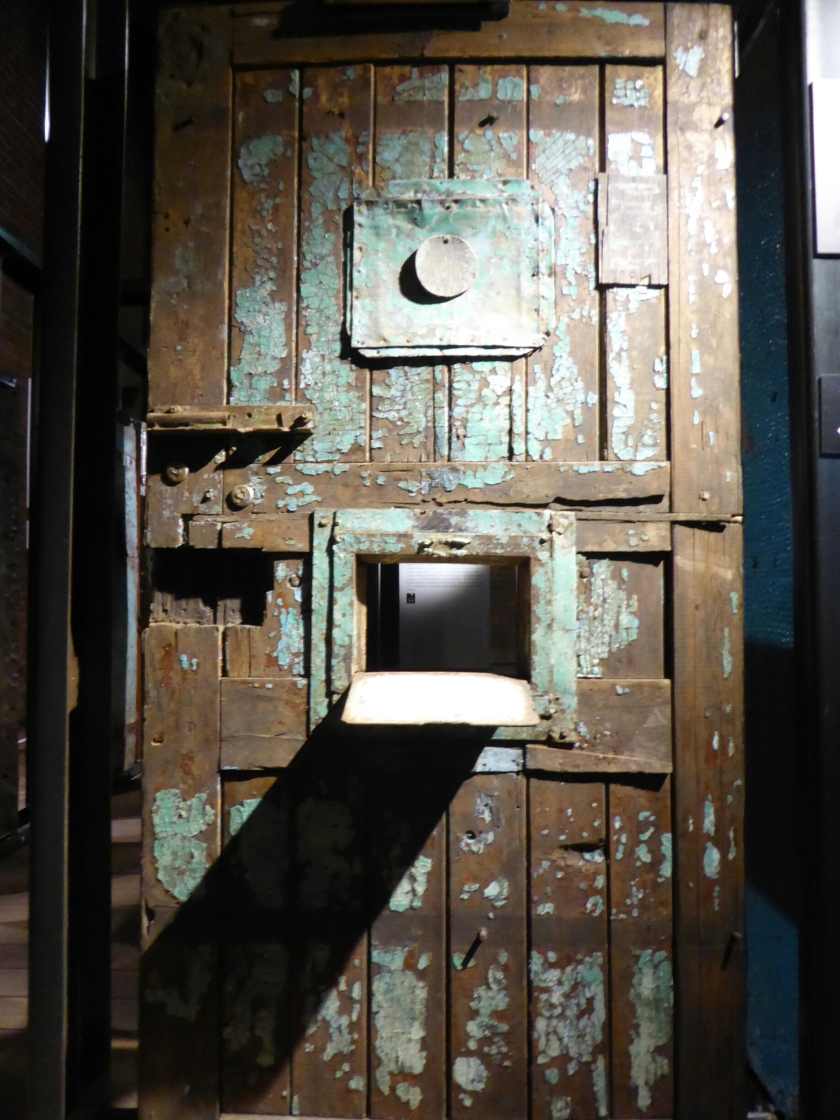 We then had a long discussion about whether we should spend our last night in Moscow in the hostel doing washing or whether we should just forget that and go for a beer, I say long discussion,  I mean a quick glance at each others, wrinkle of the nose at the idea of washing and we were in a pub watching the last minute of the CSK Moscow game, thrilling. We left that pub as they were setting up Beer Ping Pong and wandered around Moscow looking at the Russians at play and all the fancy lighting everywhere, it did look beautiful.