So, second time of trying to get Mr Wu’s amazing scallion pancakes. Alarm set for 7.30, we were showered and sprinting out the door by 8am. All the information online was to get there early so pre 9am we decided was early. However, as Guy put it ‘in a country of early birds 8a.m. is not early’ as we ploughed through loads of Chinese on their way to work. Undeterred we powered on and got to Mr Wu by 8.45am. As we turned the corner the queue looked the same size as yesterday, I was surprised, expecting it to be much longer. We knew the drill, so went straight to the door to the, still slumbering, assistant who amazingly waved me away like an unwanted fly again. I tried again to explain I wanted pancakes but was again swatted away. We were stunned! Sold out at 8.45am! Did Mr Wu do half days now??? Obviously a brush with Mr Stein had lowered his work ethic.

We decided we didn’t want any of the unhealthy, scallion pancakes anyway and stalked off to a willing purveyor of fried dumplings and chowed them down instead, it was quite a filling breakfast and not quite as good as Yangs Dumplings (our favourite dumpling chain) but at least they sold us some food.

As the forecast was for sunshine all day we had planned to visit Yuguan gardens which are surrounded by markets and bazaar, very Shanghainese! A 4km walk down a street and we ended up there.

The bazaar was full of Chinese and western tourists with hawkers touting watches and bags, expensive tea and more handicrafts than you could ever lay your eyes on.

Not in the market for filling our rucksacks with tat we made our way to the Yuguan Gardens along with everyone else. They were stunning. Guy took loads of photos. I watched the tour groups and their enthusiastic guides and enjoyed seeing a beautiful garden albeit with no peace and quiet. It was quite Japanese in a Chinese way, not sure who invented this style of garden first, however as we have no WiFi we will no doubt forget to Google it when we do.

Guy had agreed to try Sichuan food again, so we had a place in mind over the river on the 10th floor of a shopping plaza called Super Brand Mall (!). You would think that finding a restaurant on 10th floor of a building would be simple? Not here, most of the mall was only 6 floors so we spent ages meandering through the place til we spotted a sign to 7-10 floor and were on it.

South Beauty restaurant is positioned with amazing views of The Bund, but we weren’t expecting a seat with a view as it was 1pm so prime lunchtime and we were lowly backpackers. We were welcomed enthusiastically and walked through to the prime seat in the restaurant. Stunned we sat down and tried to be casual about our luck!

Views were ace (albeit hazy) . 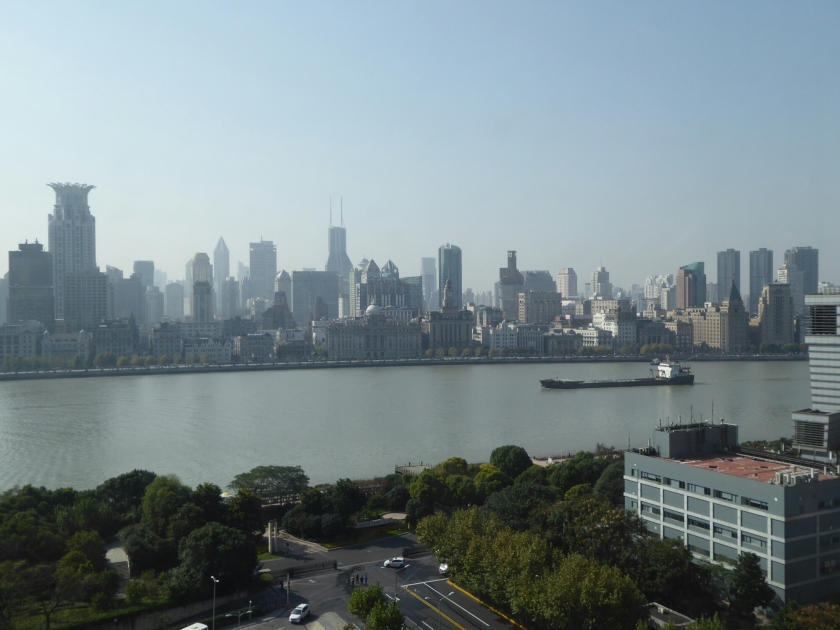 We were on a massive table with a lazy Susan (I so want one of these when I get home, although doubt it will last more than 2 or 3 of our dinner parties without being wrecked!!!!). We slowly chose our menu choices (slowly as the menus were long, we only had one copy and couldn’t share it as the table was so big).

We had chicken and peanuts in flower pepper sauce, aubergine in soy sauce, spinach noodles with seafood and a hot and sour soup. It was all delicious, all edible – heat wise, and no nails were found in the dishes. 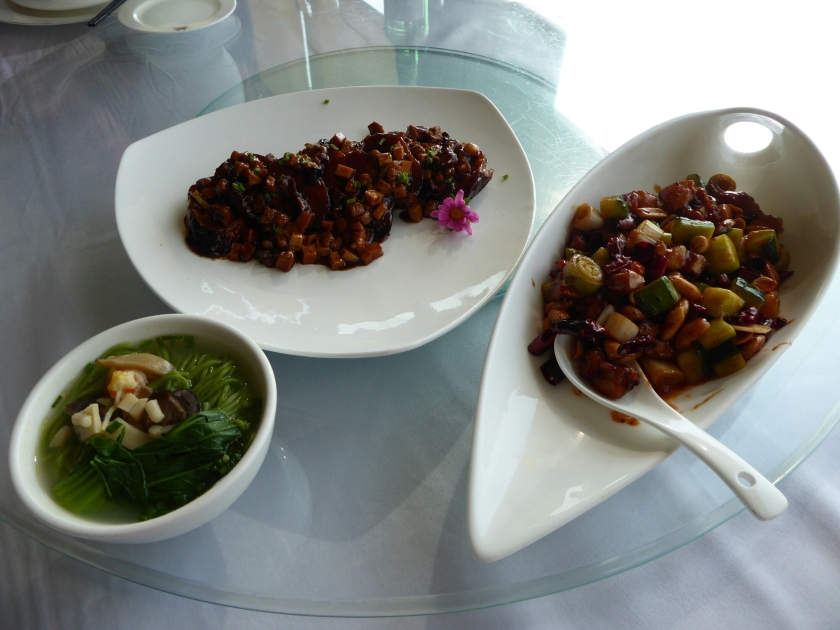 We then promendaded down the water front to check out the views. It was sunny and everyone seemed to be enjoying the weather in Starbucks or Haagen Daz alfresco dining areas. 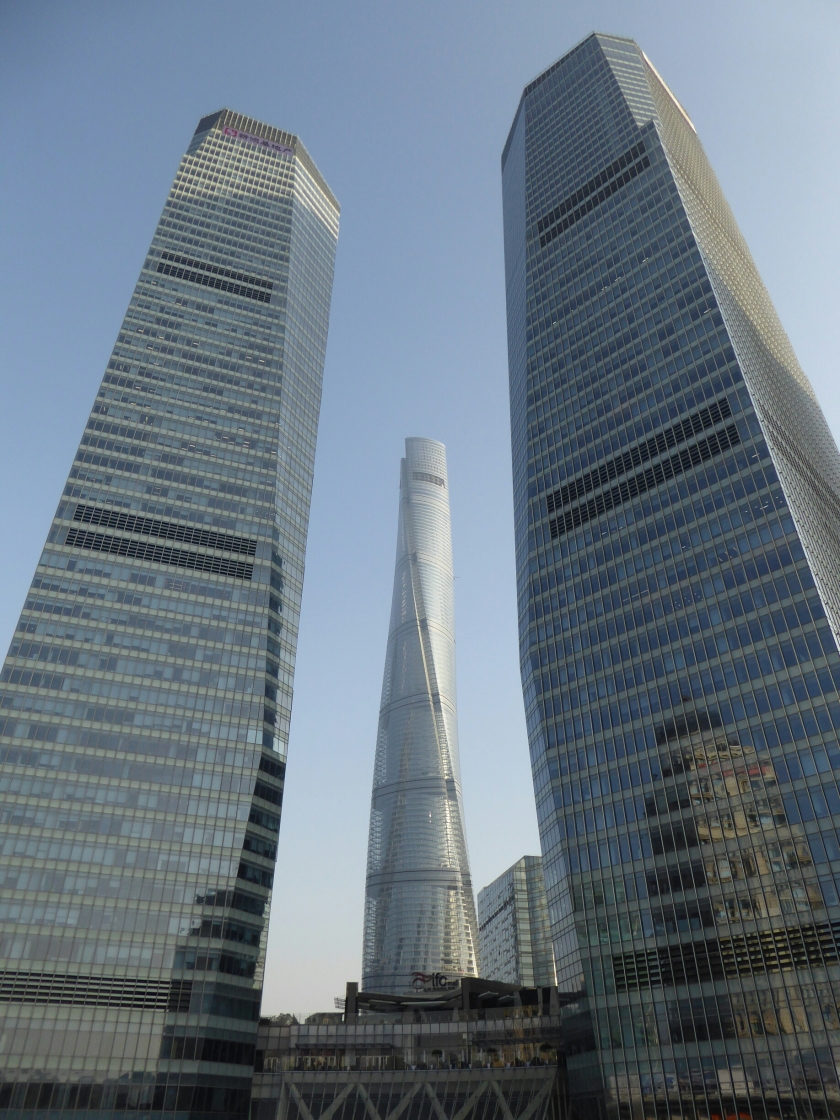 It was a Friday afternoon so we did as we would do in England with an afternoon off and headed towards a brewery.  Using The Book we headed to Shanghai brewery (in a slightly roundabout way as Guy seemed to loose his spidy sense/ Maps.me and get us quite lost) only to turn up to another we are closed sign please walk 2 km to find us! As it was a brewery the sign was in English so easier to decipher.

So more wandering ensured due to Guy’s own GPS being disabled and we finally got to the brewery. Happy Hour! All beers 25rmb (£3) so we decided to finish off birthday week with a couple of light ales (actually stouts) and watch the monied expats (be quite rude to the staff.) 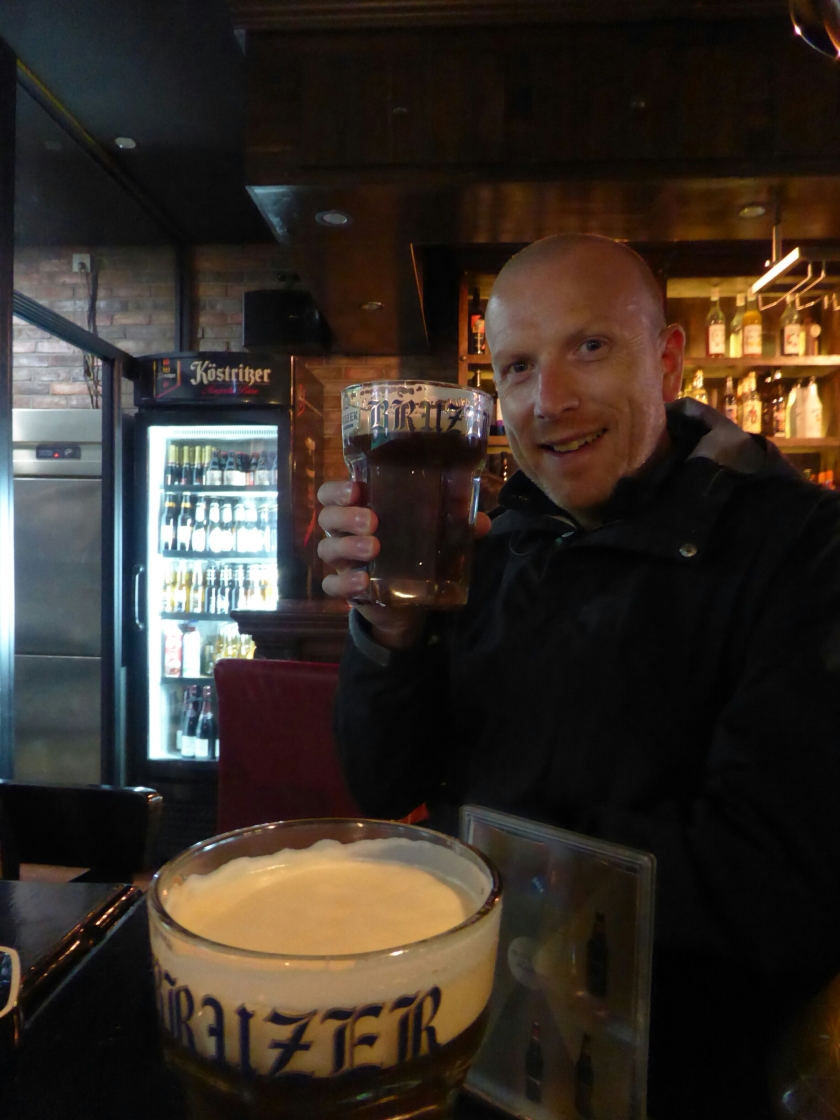 We decided to have another on the way home, a recommendation from The Book, Dean’s Brewery. Guess what? It had closed down, was no more at least not where it should have been according to The Book. We have now come to the conclusion that Shanghai is like London, everything changes regularly so relying on a 2 yr old old guide book and no WiFi is getting is nowhere. Still there were other bars on the street one showing English football (arsenal vs spurs) and happy hours beer and wine. We indulged and had by far our worse beer and wine of the trip so far, the wine tasted like watered down plum liquor. Serves me right for having a wine craving in a country that is the 5th biggest buyer of wine (they clearly buy the stuff but don’t drink it…… and I don’t blame them!!)

We walked home through French Concession area watching the locals dancing in the lit up parks. 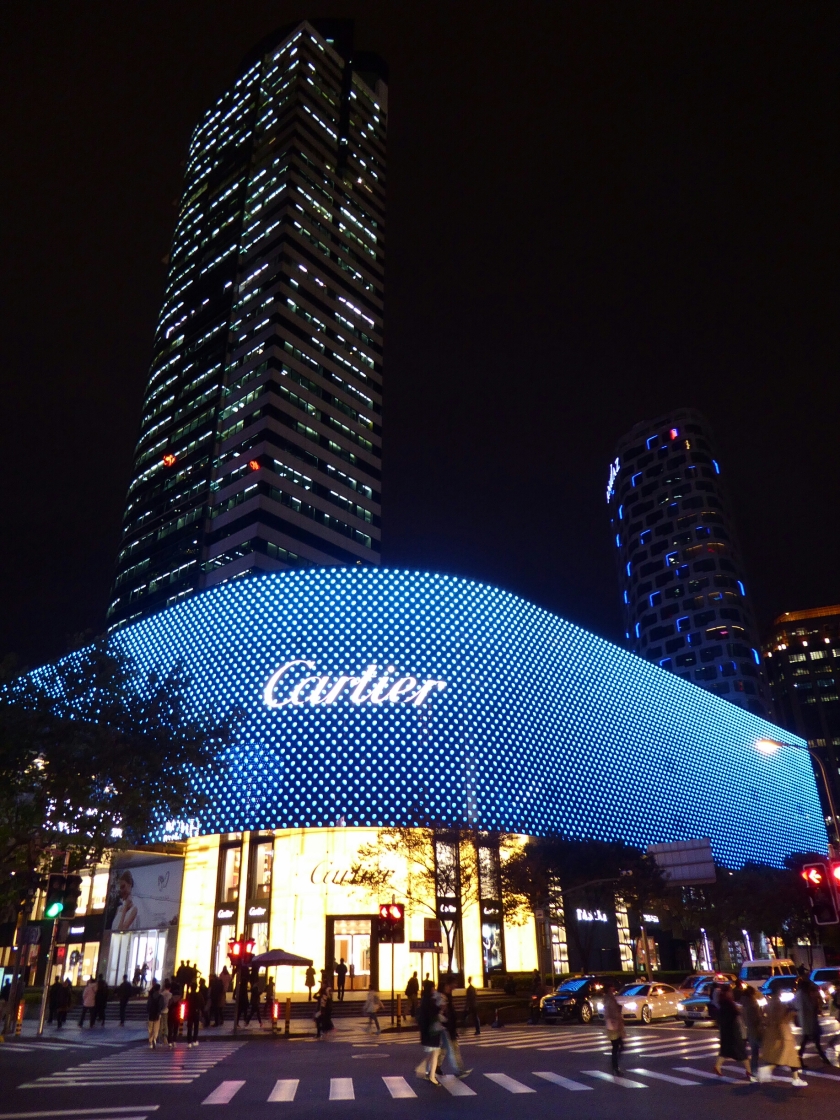