We set out to travel from England to Asia without flying. A slower, more sedate approach, in a time when time flies and life is gone in a flash, we wanted to slow time and see things properly. We also wanted to see how we would cope with life on the road. So after 190 days rocking and rolling the final transport count from Kenilworth to Kuala Lumpur is:-

If anyone is considering doing it, do it.

Is there anything I would do differently? At my age, I’d bring nasal hair trimmers.

Have we learnt anything? Well, we already suspected but now we know that your average person is kind and helpful and stereotypes are not always true. Russian and Chinese train conductors, grannies, shopkeepers, dinnerladies, waiters, hoteliers, policemen, security guards and people on the street have all helped us when we have been lost or in need of something. We thank them all. 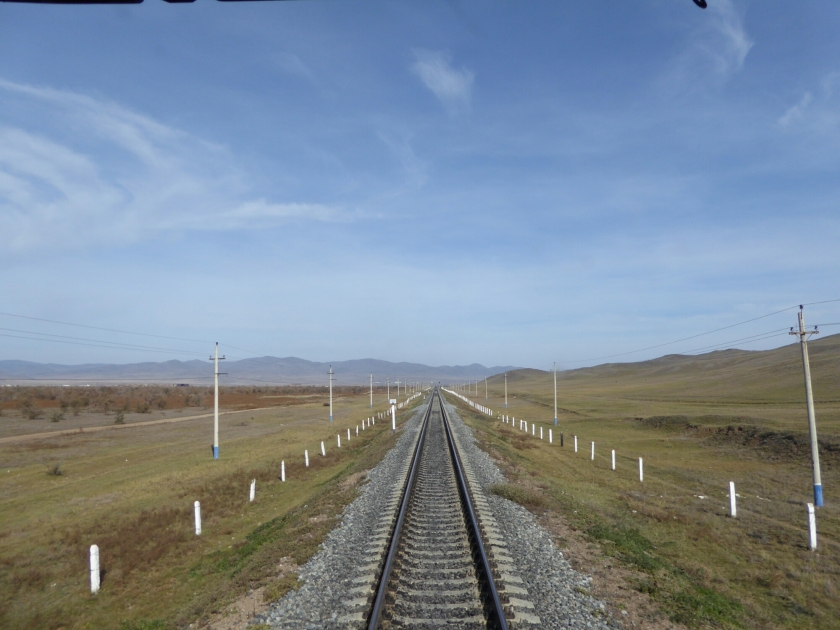 Checked out and left bags at the hostel. Went for an 8 mile potter round Stockholm covering 4 of the 30000 islands that make up the city of 912000 people. I have to admit that after such a great time in Copenhagen, my first impressions of Stockholm were a bit flat but that was very unfair to a relaxed, cosmopolitan, progressive city. Stockholm is a big place. It is spread out and has wide roads and many green spaces and you feel like you have room to breathe. It is too big to wander about for two days and pigeonhole it but we’ll be back, it’s a grower.

We crossed over a very high bridge which caused a few twinges as neither of us are good with heights but gave wonderful views across the “downtown” area.

Back to the hostel via a supermarket salad which unfortunately didn’t have any wild strawberries, then collected the bags and headed through the tube to the port. We managed to get a tube ticket but when we arrived at our station there was no slot at the exit barrier to put the ticket into. The attendant indicated we should go through so we waggled our paper ticket on the sensor where the locals were placing their passes but the barrier didn’t move. The attendant opened her window and shouted “Just go through” and we walked through the motion sensitive barriers and on to the ferry port.

Check in with St Peters line was straightforward and we were issued with a boarding pass that doubled as a room key. We boarded the Princess Anastasia and entered our cabin which was compact but boasted two bunks, a wet room with shower, toilet and sink and very clean sheets all for the pre brexit price of £56 for two nights. A bargain.

A pint of Lapin Kulta, a tasty Finish lager was €2.50 so things looked good. We explored the facilities and after leaving Stockholm and watching the beautiful Swedish coastline drift by with its classic individual wooden houses dotted within pine woodland we decided to head to duty free. I have to admit I bottled buying the €5.50 a litre Estonian vodka and went for the much more popular Ukranian vodka at €6.40 a litre ( a decision I regretted after visiting the friendly Tallin). We also bought cheese and smoked pork to go with the bottle of Sicilian red we had smuggled aboard (a boat with duty free). Cheese, pig and red were devoured on deck with views over the Baltic Sea. The vodka was tested with miranda fizzy orange and the cabaret in the Columbus bar where we saw a band playing instrumental Phil Collins, a film noir dance routine and a big haired songstress. Unfortunately we were too tired for the end of evening disco so headed for our bunks but pleased we could still see.

Another beautiful sunny day ahead (our luck can’t last) we headed out for a great big stroll around the capital of Sweden. Down wide streets and through parks we pottered watching the locals do their Monday morning thing which seemed to be lunges in the park, sitting outside coffee shops or if you are a 30 year old bloke, pushing a pram. Eventually we stopped for lunch at the Ostermalm Saluhall,  a food market which has the best of Swedish produce. There were sides of salmon which make the ones sold in Morrissons look like goldfish. They were a bit pricey though so we opted for classic Scandinavian open sandwiches of herring and prawn which were very good. After that a cardamon roll and cinamon roll from a tiny bakery which only accepted card payment which we’re finding the norm here.

We continued walking along the waterfront to an island of the Djurgarden or Royal gardens where we passed the Absolut Spirit gallery, ABBA museum and Tivoli  fun gardens,  none of which interested both of us.

On to Gamlastan island or old town which is the island in the centre of the whole bay of islands which makeup Stockholm.  As the name suggests it is made up of old cobbled streets and alleyways shaded by tall buildings and lit by old iron lamps. It is historic and quaint but the nostalgic feel is tempered by gangs of pre – teen lads chasing around waving mobile phones playing pokemon.

We both fancied one last glass of Red before we head to Russia and as we couldn’t buy any yesterday we were intrigued to look round a government run bottleshop called Systembolaget. 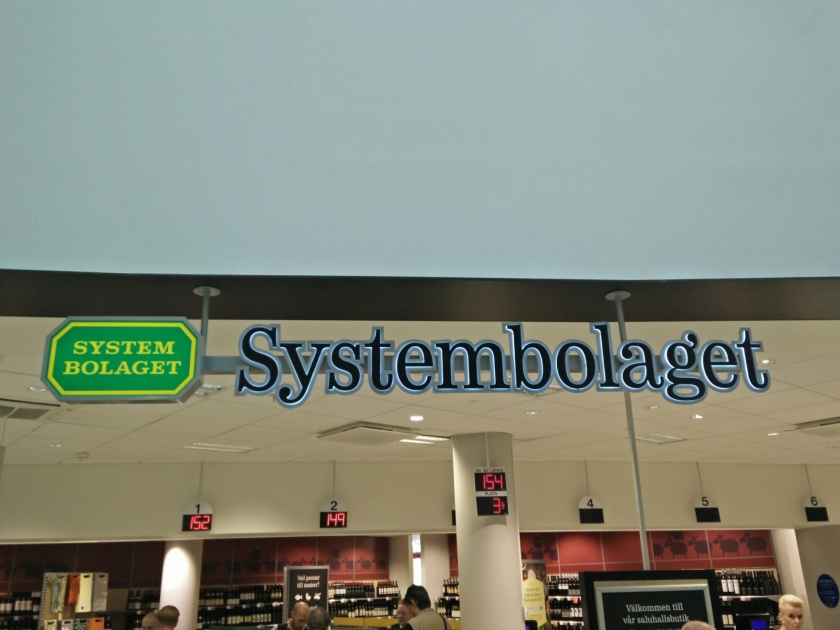 We were shocked to see wine the same price as in the Uk as in some Stockholm bars a glass of house red was £9, so we bought a bottle.

Time for food and as we’re in the home of Ikea it had to be meatballs so we found ourselves outside Meatballs For The People where we had deer meatballs and mash with pickled cucumber and lingonberries which was very very good.

For those interested Al’s fitbit said we walked 12.79 miles today.

So, the pleasures of dorm life were brought home to us about 3am when our fellow traveller returned from a night out, blazing a torch around the room, for what seemed like half an hour, farted loudly, giggled and went to sleep. 2 hours later our fellow Belgium travellers got up for their flight home and we were then up at 6am for our train to Sweden. To say we were grumpy and tired is probably not required but I will anyway.

We walked the 100 yards down the street to the train station observing the litter that was everywhere! Saturday nights here are obviously great!

We were so early at the station that we entered the platform before the international barriers had been moved into place.

Train left on time at 7.16 with about 6 people on board which probably says something about the Danish and not being fond of getting up after a Saturday night out.

I dozed like a nodding dog on the train, by the time were were a few hours in I was also becoming slightly itchy which I put down to being tired and sensitive.  The train quickly filled up on leaving Malmo and we had luckily been allocated seats in the quiet zone so were able sleep and read when we liked. I also heard my first’tut’ when someone’s phone went off.

The views through the train window were stunning, pine forests, lakes, the odd mountain, more pine trees and more lakes with a few wooden houses dotted throughout – exactly what you would expect from a Swedish holiday brochure.

Arrived in Stockholm on a Sunday afternoon with blue skies above. Walked 20 mins, mainly uphill, with increasingly heavy backpacks to get to the hostel. We are wishing it was winter so we could wear more clothes and have less to carry. On check in, we were shown to our room which was spacious and had an ensuite. OMG! We were over the moon! Who cares there was no window, ensuite and space more than made up for that.

As it was only 2.30 we made our way into town to a local food stall we had seen on the Hairy Bikers show that sold herrings, in all kinds of ways.

We walked through the main shopping street with all the usual names- H&M, Starbucks, Joe and the Juice (Skandi chain which is fab), Zara, burger king etc etc. We got to the end and over to the next island which was crammed with Sunday strollers out for a slow walk. Unfortuntely we weren’t, we were hungry and tired and needed a herring fix NOW! Without elbowing too many locals out of the way we made it over the next bridge and to the food stall nystekt stromming. There was a small queue but he was still selling herring so we waited patiently and got a plate of herring, mash, and three accompaniments (for £7.50) and it was delicious! My accompaniments were the best, the mustard sauce was sweet and goes so well with the oily fish. It was healthy and delicious, what more can you want? 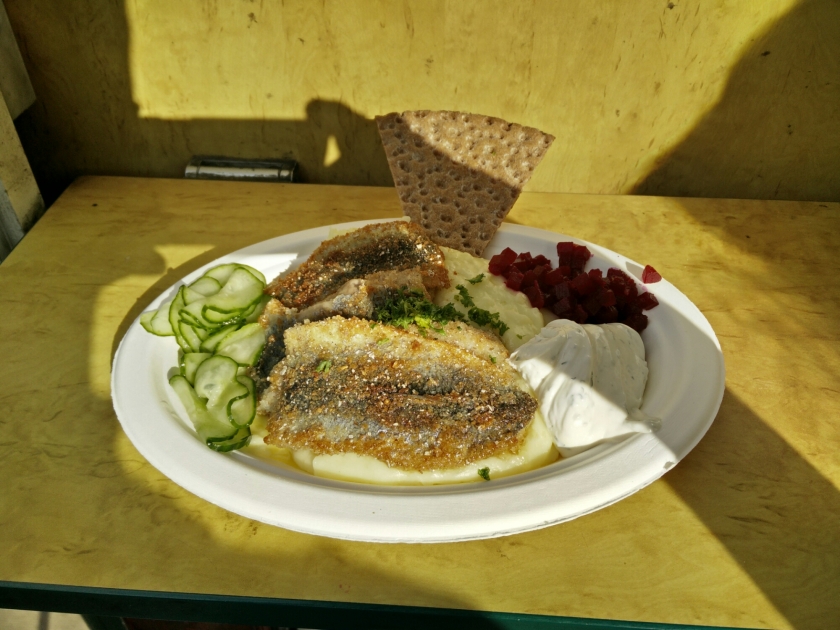 Less grumpy we ventured further into Stockholm and weren’t that impressed but I think we had been spoilt by Copenhagen. All the bars were either English, Irish or American it seemed really difficult to see what a Swedish bar was like so after a wander and a pint (Swedish beer- nice, nothing too special) we headed back to the supermarket over the road for Supermarket Tea. This time it consisted of pickled herrings, smoked salmon, rocket, kartoffelsalat (creamy), smashed avocado and gluten free crispbreads. It was delicious.

We had also looked for a cheeky glass of white wine to accompany this fine dinner but to no avail. On googling Booze in Sweden we found out that hard liquor (as anything over about 3% is known in Sweden) is licenced by the Government and only sold in shops open til 7pm or closed on Sundays, healthy lifestyle it is then.

By this time I was becoming increasingly itchy and disgruntled. On checking my face, arms and legs small bites were appearing, in small clusters, reminiscent of bed bugs, the memories of Asia came flooding back. Paying £35 for a bunk bed and getting bed bugs was a little disheartening.